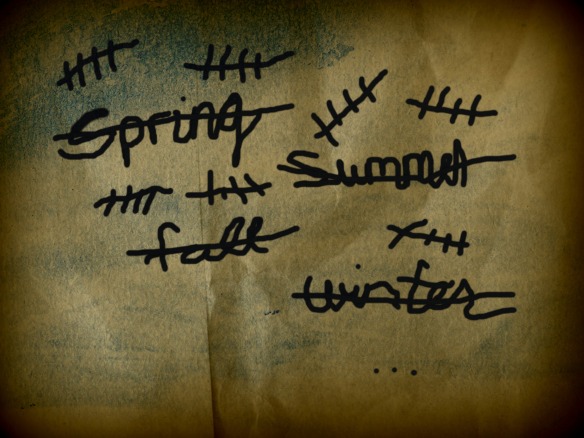 She had passed through all four quarters of a year. Only sleep brought relief. The nights were so long and then the hours of labor to keep up the building.  Meka was unrelenting, if Anna made any error Analu or Ipo would be called and she would feel the strikes of their hands. Six girls slept in one small room. They whispered with one another, but no one else spoke Russian.

On day fifty-eight Valentina never returned when dawn broke. That was the day Anna stopped counting. She searched for her brown eyes and dark hair everyday, but she never came back. She tried asking Meka about her. Meka just twisted her smile and chuckled.

When the sun was at its highest she fell onto her pallet. She covered her head with a thin blanket. No matter how hard she worked, how obedient she acted, the debt still stood. Even if she paid off the debt, she still would not have the passport or money to travel home. Bone weary, her Matushka used to feel that way. The weariness was not only exhaustion and the ache of her body, but the way her soul quieted with each passing day. In her mind the River Neva was frozen as solid as a diamond. Mr. Belikor, at the bread shop, had told her that was the hardest element on earth. Sometimes he had let her borrow books.

On her pallet, she wanted to dream of her Matuska and her brother’s faces, their little room. Their images were faded in her mind now and thinking of them scared her, because she could not imagine how they had survived when her checks never came.

One evening she started counting again. That night, in a hallway, a paper square was slipped into her hands. In Russian the script asked her name and her age. She tucked it into her pocket and it weighed heavy. Analu and Ipo would surely beat her if they knew. Under her pallet she kept a strip of charcoal for her eyes. She scratched the answers on the paper square. The next night, the same hand reached out in the hallway, without turning up her eyes she parted with the weight.

That morning she whispered the story of The Firebird and the Grey Wolf.

…And Prince Ivan lay dead. His brothers took all that he had; the firebird, the horse and Helen. Then the crow brought the water of death and the water of life to the grey wolf. The grey wolf revived Ivan with the water. He regained all he had lost.

Four days passed, her whispers faded away again, and she dreamed of sinking into the frozen expanse of River Neva with the ice layers covering over her one at a time.

The fifth night, she stood behind the glass window in thigh high boots when everything blurred. The room and the hallway filled with strangers and men in uniform shouting. She shifted to a corner. Analu and Ipo were bound and led out. She could not see Meka. Gathered up with a large group of girls, she was led out of the hallway, then the building into the night. Suddenly under the blur of the neon lights and dirty street, she felt her heart race. What if whatever was happening drew her into a space even worse then what she had known?

Down the street, they walked to a building with more uniformed men. They asked her questions, but she did not understand. A man with broken Russian tried to speak with her. She heard the word rescue in his halting phrases. She did not know if she dared to hope. In another room she was examined by a doctor. The whole group would be transferred, but she did not understand where. She wished for Valentina’s arm to hold her up.

She thought of the word the man had said, it stood out against her mind like the colors of the firebird in her story, rescue. 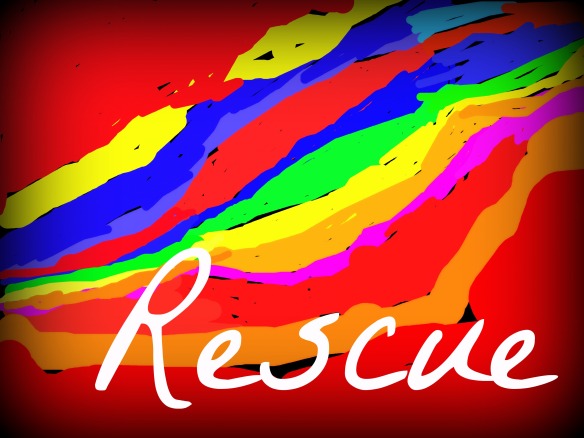 The frozen gave way like a fragile line bending through the uppermost layer of ice.

“27 million people are trapped in modern-day slavery. 80% of the victims are women and children and are suffering in 161 countries, including the United States. Sexual slavery has become a lucrative global industry, targeting the poor and inflicting abuse, usually in the darkest of places.”