Have you watched any of these films for family movie night?

Discussing the deeper meaning of films with your family can make movie nights even more powerful.

These are ten ideas for family friendly films that speak to various issues about caring for our environment, a concept kids can identify with and act upon. I think it is wise as a parent to research before watching to know if a movie will fit into your family’s unique expectations. For instance, my kids run away into the kitchen whenever anything remotely bad guyish appears. I hope to continue providing resource lists that cover many topics that will place your family in the proximity of renewal. 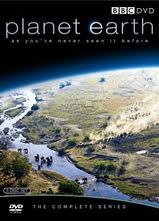 1. Planet Earth, 2006, from the Discovery Channel, offers footage of landscape, animals, and the greater world with striking beauty. The world as you have never seen it before, awe-inspiring.

2. March of the Penguins, 2005, documents the annual journey of Emperor Penguins as they single file march to breeding ground. This film won best documentary film in 2005.

3. Fern Gully The Last Rainforest, 1992, follows rain forest fairies in an adventure to save their habitat. Themes of pollution and the fragility of the rain forest environment thread through the story.

4. WALL E, 2008, computer animated si-fi, follows robot WALL E and his love Eve. The movie covers the underlying theme of mass consumerism, and the humans lifestyle on Axiom that led to a disconnection from nature, a connection that is restored by the end of the film.

5. Whale Rider, 2002, a young Maori girl, Pai, fights to fulfill her destiny against her grandfather’s wishes. She earns her grandfather’s respect when she is able to coax the largest whale of a beached pod back into the ocean. 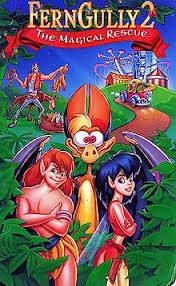 6. Fern Gully 2, 1998, the fairies return in this sequel, and leave Fern Gully to rescue young animal friends captured by poachers.

7. Lion King, 1994, Simba loses his father and is tricked into believing it was his own fault. He flees his home and his title of future king. The vivid animation and musical score opens up the world of wildlife and the concept of the circle of life to children. 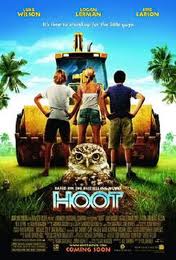 8. Hoot, 2006, based on a novel. Hoot follows three teenagers as they fight to protect a burrowing owl habitat. 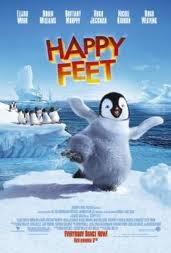 9. Happy Feet, 2011, enters the world of Emperor Penguins that find their mates through song. One penguin is born without the ability to sing, but he can tap dance! Happy Feet covers the topic of overfishing

10. The Lorax, 2012, an environmental tale from a book of Dr. Suess. The Lorax speaks for the trees. I posted about the film The Lorax earlier this summer.